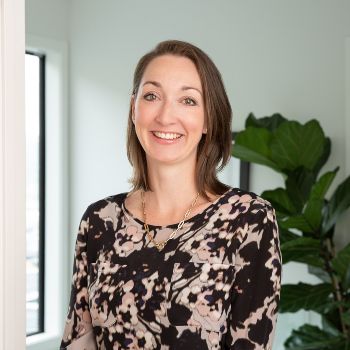 Esther is an international business specialist experienced in trade policy and exports. Esther joined the red meat sector in 2018, as the Senior Manager International Trade at Beef + Lamb New Zealand Ltd where she gained a solid understanding of the sector and the trade policy issues it faces. However, at the beginning of 2021 Esther moved into her current role with the Meat Industry Association (MIA) where she is the Senior Manager Strategy, Trade Policy and Advocacy.

In her role at MIA Esther works on developing strategies and initiatives that will better place the sector to respond to challenges and capitalise on the opportunities. She also supports companies to export oversees, resolve regulatory barriers as they arise and advocates for the interests of our sector.

Esther joined the sector with a background in trade policy and trade negotiations following a diplomatic career at the New Zealand Ministry of Foreign Affairs and Trade (MFAT). During her time at MFAT Esther held several trade and economic focused roles including as a Lead Goods Negotiator and a Legal Advisor for the Trans-Pacific Partnership (now known as the CPTPP).

She also served offshore in the New Zealand High Commission in New Delhi, India for three years from 2014-2016 where she focused on market access for New Zealand companies, and trade and economic policy.