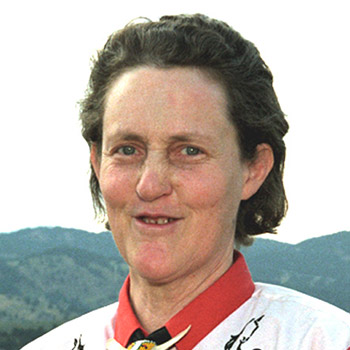 Temple Grandin is the world-renowned American professor of animal science. Based at Colorado State University she is the leading consultant to the livestock industry on animal behaviour, abattoir design and animal welfare.

Time Magazine has named Temple as one of the most influential people in the world, she was the subject of the Emmy and Golden Globe-winning semi-biographical film, “Temple Grandin” and has been inducted into the National Women’s Hall of Fame.

From a young age Temple has felt a special connection with animals. She was diagnosed with a form of autism that allows her to visualise the world through pictures and images the same way that animals do. She is one of the first individuals in our industry to publicly share insights from her personal experience of autism.